I hope everyone had a good Thanksgiving. I was thankful for my food. Not everyone gets to eat. Perhaps it’s the one day of the year we take real time out to think about that. Or for many of us, an additional day. Either way, we think about it while stuffing ourselves with potatoes and gravy. Some wealthier people buy only organic foods, some support local farms and businesses, and many eat with a conscious. That’s all good, but people are still starving. It’s so sad that anyone has to when there’s enough wealth in the world to feed the population a few times over.

How much can you think about the world’s problems? What can I do? I’ve been asking myself that question since I was a teenager. I don’t know exactly. We try in small ways and it seems to make no dents. We go back to our lives.

So the day before yesterday, I sent out my autumn newsletter (sign up here if you’re not on the list), and I mentioned that I will be blogging on Carol’s Bloggie, instead of both here and there. It was too much work to write content for both. And it’s just silly. I have too much stuff to do. I’ll also be making some slight updates to the look of this blog, so bear with me during the transition.

The book has been coming along well, finally some progress since I got a professional proofreader on the case. Because of that, I now have everything else on a schedule, more or less, right up to the book launch. That makes me feel better. What can I say, I guess I will always be a kind of control freak. I don’t know if it’s so much being a control freak as I need to have certain things in my life under control so I don’t feel overwhelmed — like chaos is flying all around me. I sort of grew up in chaos, with household items being thrown about every which way. I was always putting things back in their place, so they were just so. Probably to feel some sense of control.

I do like controlled chaos though. In art I mean. I think of Cy Twombly who’s a big influence on my work. He came up, or should I say, comes up a lot, in one of the art forums I participate in. Many people do not think he’s even an artist. 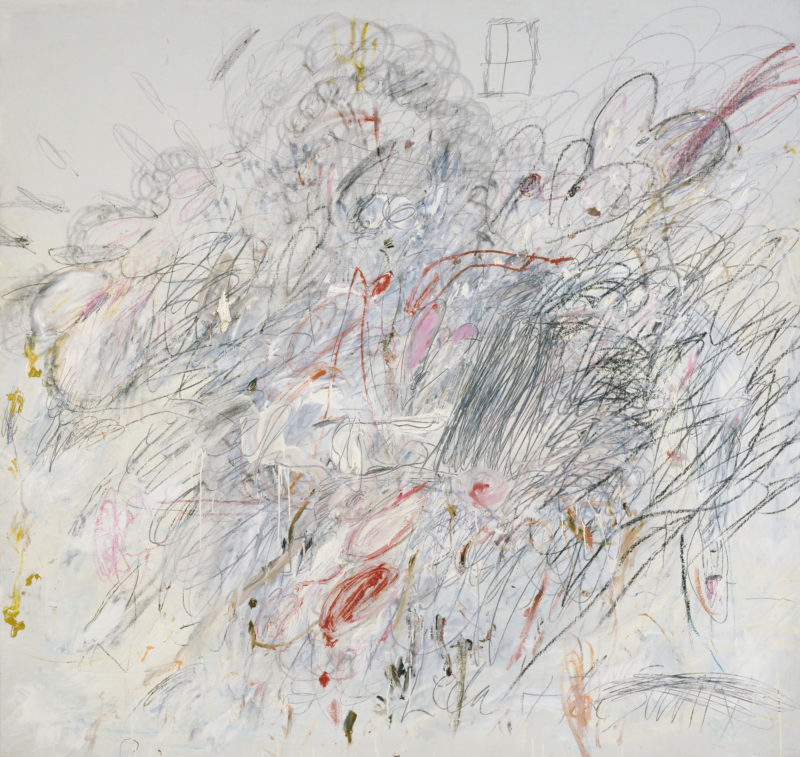 This above painting, Lida and the Swan, 1962, was quite small for him at a little over 6 x 6 feet. Many of his painting are massive, which make these scribbled marks look like primitive works of a giant child. Much of it is sgraffito-ed into the surface, like scratching into soft clay. I personally love them. This one is in the collection at MOMA, but there is a whole Twombly building dedicated to his work at the Menil Collection in Houston that made me giddy when I saw it with my own eyes. 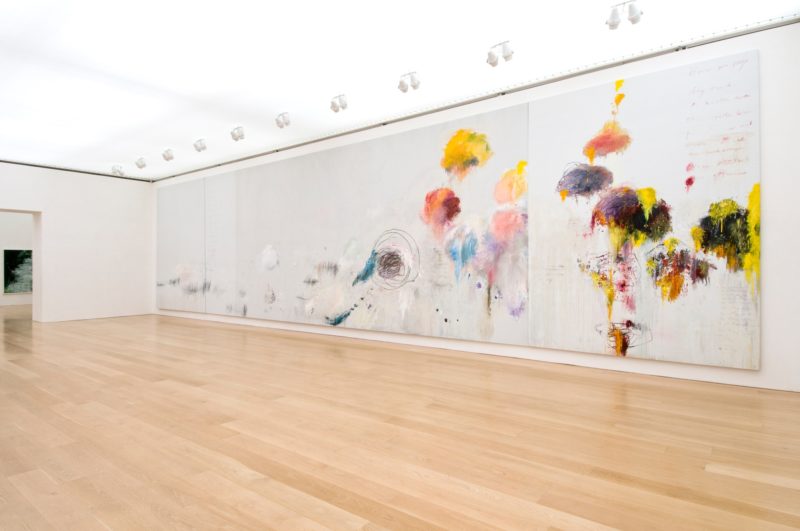 I’ve been incredibly unpopular for defending, or rather, simply being an admirer of Cy Twombly. I don’t get why it’s okay for Jackson Pollock to be accepted into the cool school, but Twombly be vehemently dismissed as rubbish. I’d like to know, and not by people that are against all forms of abstract art, but from those that accept it and still think Twombly isn’t an artist of any merit. I’d like to see you duplicate the work. There are textures and marks that are not so easy to forge. Sure, maybe it would be easier to do than the Mona Lisa. But so what? Is art really a contest of difficulty?

Snobs can’t pick and choose as to what is and what isn’t art. It’s all an art umbrella with lots of opinions attached. It’s art that some people like and others do not.

Some people hate certain types so much that they won’t even call it art, even though it is art whether they like it or not. It’s in the galleries, it’s in the auction houses, it’s being exhibited, admired, bought, and sold as art. So hating it and denying it isn’t going to control what it already is.

I don’t like all art. I dislike what I consider really BAD art. I won’t deny that it’s art though, or that it is an attempt at art by an artist. If it’s a really bad painting (in my opinion), I know it wasn’t an attempt at spaghetti, or a football or something. It was an attempt to be art. Maybe it looks like garbage, and some art is literally made out of garbage, but it was made by a person intending to communicate as an artist. That’s even if they laid a bunch of bricks from the street in the middle of the gallery and called it “art.” Perhaps we can all call it what it is: bricks on the floor. Or, “brilliant!” Why though? Why would, or could it be brilliant? Because the artist tricked you? Because the artist is expressing how global warming has taken out the human race? Perhaps he just wants people to have a dialog about why there are bricks on the floor. Maybe he wants people to get pissed off that this has to be accepted as art and that some sucker just might buy it for thousands of dollars. Sometimes I hear some pretty terrible music that goes into my earholes, it’s so bad, I’d much rather look at a pile of bricks any day. I can say, “That’s not music!” But I know that’s what they were attempting.  It’s not not music because I think it’s terrible.

Twombly could be considered decor, and not “fine art” to some. Now we are splitting hairs. Because how much realism is illustration, or commercial? What abstract art is purely abstraction and which falls into decoration? And what about craft? Once a thing becomes functional, it is no longer “art.” Some would argue that too.

All in all, if something grabs a viewer as thoroughly aesthetic, or moves them in some way, what does it matter? The affect of “artist” has done its job. I don’t want to go to other people’s houses and see the same exact painting hanging over everybody’s couches, even if they have the worst taste ever.

All right. Time for Thanksgiving leftovers.